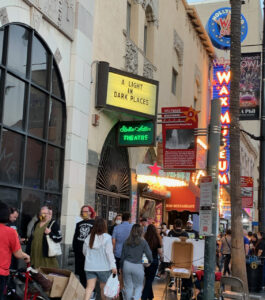 Today I am posting the latest episode of my YouTube interview series Talking About Suicide Loss With…, featuring  Josh Reiter, who I met while representing the American Foundation for Suicide Prevention during the performances of A Light in Dark Places, a September play series about suicide, loss and hope.

In the three year span of 2011-2014, six of his classmates at W.T. Woodson High in Fairfax, VA died by suicide.  Two of those students were discovered dead just a day apart.  Though it’s not believed the suicides were connected, it was a time when suicide wasn’t being openly discussed in an environment that was filled with pressure to achieve. 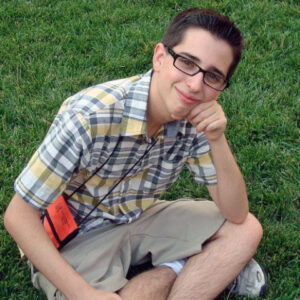 Luckily Josh found a way to get through high school and has used his experiences to reach out to those he knows are in pain.  He is excited that working with A Light In Dark Places is giving him a bigger platform to help reduce the stigma and silence and save lives.

Now, Josh is a Los Angeles based actor, writer, director, and coach. He has worked across the country in regional theatre appearing with the Saratoga Shakespeare Company, the Know Theatre of Cincinnati, and the West Coast Jewish Theatre among others. Josh can be seen on Saved By The Bell and Warped! He can be heard on Netflix doing the English Dub for The Hockey Girls and Vampires. Josh is Mr. June in the 2020 Nice Jewish Guys calendar. He holds a BFA from CCM and is a proud member of SAG-AFTRA. 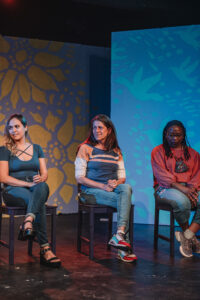 I got a bit behind on my special content postings for September’s Suicide Prevention Awareness Month, as it’s always a very busy month for me, but there is always a good reason to spread awareness and that’s because people sadly keep dying by suicide and leaving many of us behind.

Every year when I show up as an American Foundation for Suicide Prevention volunteer to help out with the play series, A Light In Dark Places, a series of short plays about suicide that bring understanding and hope, I am so impressed with the production, the content and the people who make it happen.  This year I’m featuring a few of the cast and crew on my YouTube Talking About Suicide Loss With… series.

This week is Ale Fips , who directed one of the plays this year, among serving in numerous other production capacities.  When she was a teen, a good friend’s older brother died by suicide, and the silence surrounding it in the community affected her deeply.  When she began struggling herself, she found talking to be the way out  – something her friend’s brother wasn’t able to do – and has advocated for people to do the same since.

There isn’t a one-size-fits-all remedy to preventing a suicide or helping someone cope after losing a loved one to suicide.  Support groups and therapy can be an invaluable resource for many, but the tools we learn aren’t always enough to get us through another bout of depression or anxiety, as Ale discovered.  For her, the the added layer of a few good friends and a mom who were open with her and really listened helped pull her back from the abyss.

In advocating for “talking about it”, the idea is to talk to anyone that can help you when you are in pain.  A friend, a kind stranger, a faith leader, a neighbor, a teacher, a therapist, a co-worker – the list is endless.  You can decide who you trust.  There is no right answer or one path for everyone, just what works for the individual. If the person you first choose isn’t up to the task, they might be able to help you find the person who is. If you feel someone to isn’t being helpful, look around for someone who will be.  Others might not have answers and likely won’t be able to change anything for you,  but there is an indescribable relief just in getting something off your chest and feeling heard.  Talking is healing and if you look, there will be someone to talk to.

Art, especially theater, is  truly is a powerful force and great conversation starter about many difficult subjects.  Book and films can help educate others can help deuce You can use the play itself as the “in” to bring up the topic of suicide and go from there. 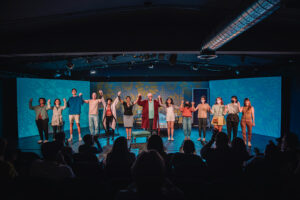 Check out Ale’s bio and then click here to watch her segment!

Ale Fips is from Guadalajara, México. Ale is an actress, singer and  producer that began her career at a very young age in shows for the FIL (International Book Fair)  for more than 4 years.  At age 15 she starred in the musical: El Principe Rana, performing more than 300 shows as princess Nadia. She moved to Mexico City playing a role on the Spanish version of Disney’s High School Musical. She has also been part of several TV series including Código Paranormal (LATV), La Rosa de Guadalupe, Como dice el Dicho (Univision) making a name for herself in Mexico, United States and other countries. She moved to the States in 2014 and Study at the Stella Adler Academy of acting LA. Her NYC credits include: “Seucy and Boto” “Undefined Fraction”(Loco 7 company); “Judgment on a Gray Beach” (La Mama, experimental theatre).

If you are struggling please go to our resource page for the National Crisis Hotline or text line and other help.