My Podcast Debut + Happy New Year To You!

December 26 was a milestone day for The Silent Goldens documentary and for me, Ruth Golden, as I had my podcast debut on What Matters Most with Paul Samuel Dolman. We discussed suicide loss and my film about its aftermath in my family. My BFF-across-the-street-neighbor and birthday twin, Eva Whittemore Lowry, is a mutual friend who connected us and I was honored to do it and hope it was the first of many opportunities to come!

As the year comes to a close, I am stunned by how far The Silent Goldens project has come since this time last year. The process has at times seemed very slow but I realize how much perspective and insight I’ve gained through experiences over that time and it’s hard to believe it’s only been a year. I am grateful for an incredible network of friends who have helped me in such a variety of ways this year allowing me to take the time to do this thing right.

My resolution is to stay on course. I hope to be filming by spring and am actively fundraising through the donate button on my website thesilentgoldens.com or just click here. We would be happy to help take some last-minute tax-deductible dollars off your hands! All the info is on the site!**

I thank all of you for your support of the project and the cause and wish everyone a peaceful New Year with love, laughter, healing, and hope.

**Note: Once I am notified of a donation, I will contact people directly to get information about memorializing someone with their contribution. 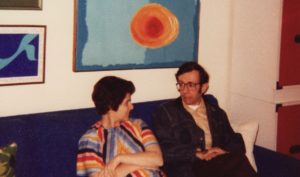