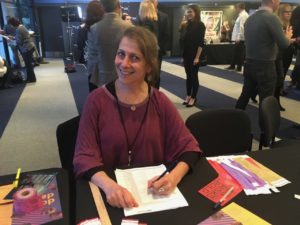 Volunteering at the International Documentary Association’s Docu Day where all the Oscar nominated documentaries screen back to back got me thinking about the word “snub” that is used endlessly during Hollywood’s award season as apparently any film not nominated was “snubbed.” So I’m going to vent about it.

According to the internet, the word snub means “rebuff, ignore, or spurn disdainfully.” It’s very negative. There can only be so many nominees (unless they keep adding like they did for Best Picture, which I think is a bit much now), but there are a slew of films every year, many of which are talked about as shoe-ins. But if the voting is sacred and private, could there really be enough momentum about any film to ‘spurn disdainfully’ certain actors, directors, writers, or producers? More importantly, I see awards as being given or voted about for someone or something, not against all the others. So if the votes tally up for Best Actor, film, director or any other category, that is the winner.

I may be completely wrong about the whole thing and everyone is in cahoots picking and choosing winners, but I think that would take more work than anyone working in the film industry has time for.

I was reading some celebrity intrigue on the internet this week and, in an article about a supposed feud between Kate Middleton and Princess Beatrice, one reason for the bad feelings was that Beatrice’s mother was not invited to Kate and Prince William’s wedding – with Beatrice, her sister, and father attending. Now that’s clearly a snub!