I am one of those people that feels more connected to animals than to humans.  I can easily give love to and accept love from them.  My own two dogs were the focus of my affection for the time I had them.  Now that I’m dog sitting for a living, I’ve truly fallen in love with them all and their unique selves, which has brought me much joy and sadness. 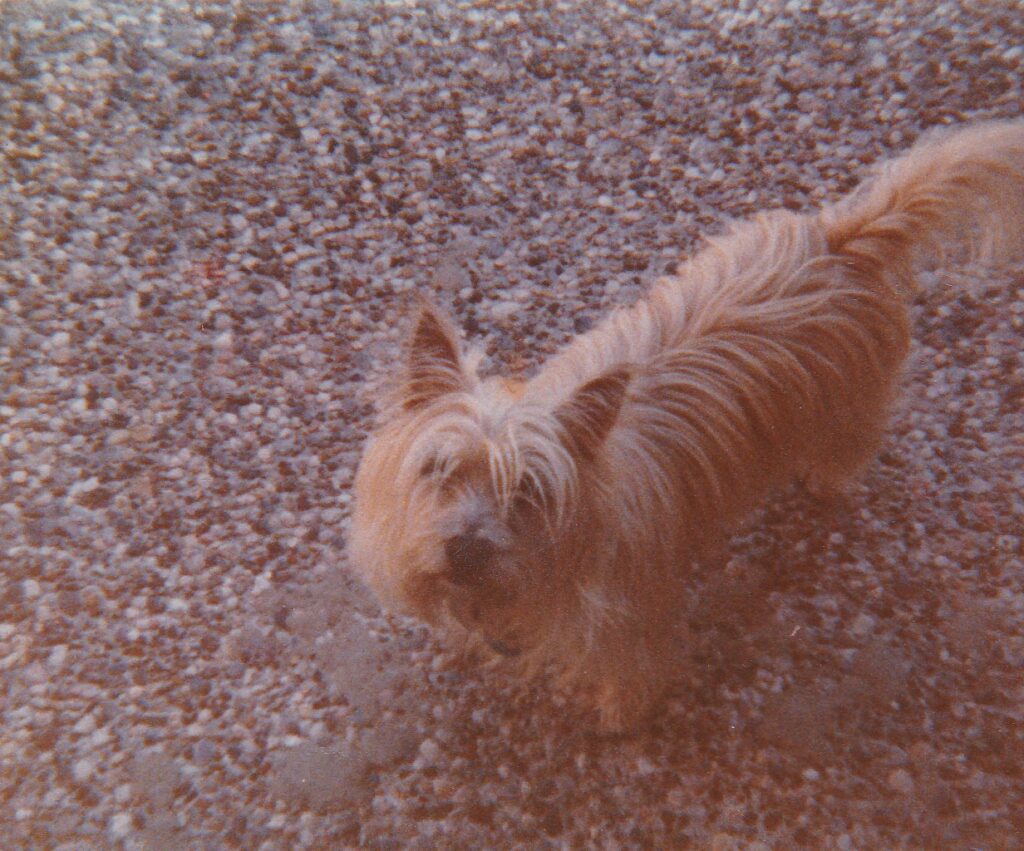 My first love was Smokey, a Cairn Terrier that my family adopted just before I turned six. He was the family dog, but I became very attached.  Smokey lived until he was 18, four years past my mother’s death.  When my father remarried and I moved out of the house I took him with me.  When I moved to NYC I took him with me.  His last year of life was spent in Memphis with my sister when my two jobs kept me from giving him the care he needed.  I flew home when it was clear we needed to say goodbye and it broke my heart.

I thought I would never get a dog again because of the pain of the eventual loss but when a friend told me she found the dog for me, something made me go meet him and there was my Riggs – the love of my adult life.  We had 10 years together, made many dog friends, and had lots of adventures.  He was with me as my mental health declined and it was his diagnosis of cancer that broke me.  Riggs stayed with me as I recovered until cancer finally took him a year later in 2016 and my heart broke again.

Since his death, what began as dog-sitting for his friends who he stayed with when I traveled for work, to an ever-growing business pet and house sitting, giving me time to work on my documentary.  Initially I loved being around all these sweet animals without the deep emotional investment, but quickly I started falling in love.  With each and every one of them.  I also developed first an appreciation and then came to love cats.  I will never understand their gift-giving ways, but they’re pretty cool.

Unfortunately, since this time last year, more of those animals than I want to count have gone off to the Rainbow Bridge.  Some were clients, some were pets of friends and relatives and some I wasn’t as close to, but I got to know from the various neighborhoods I frequent with my job.  And the sadness has been crushing. 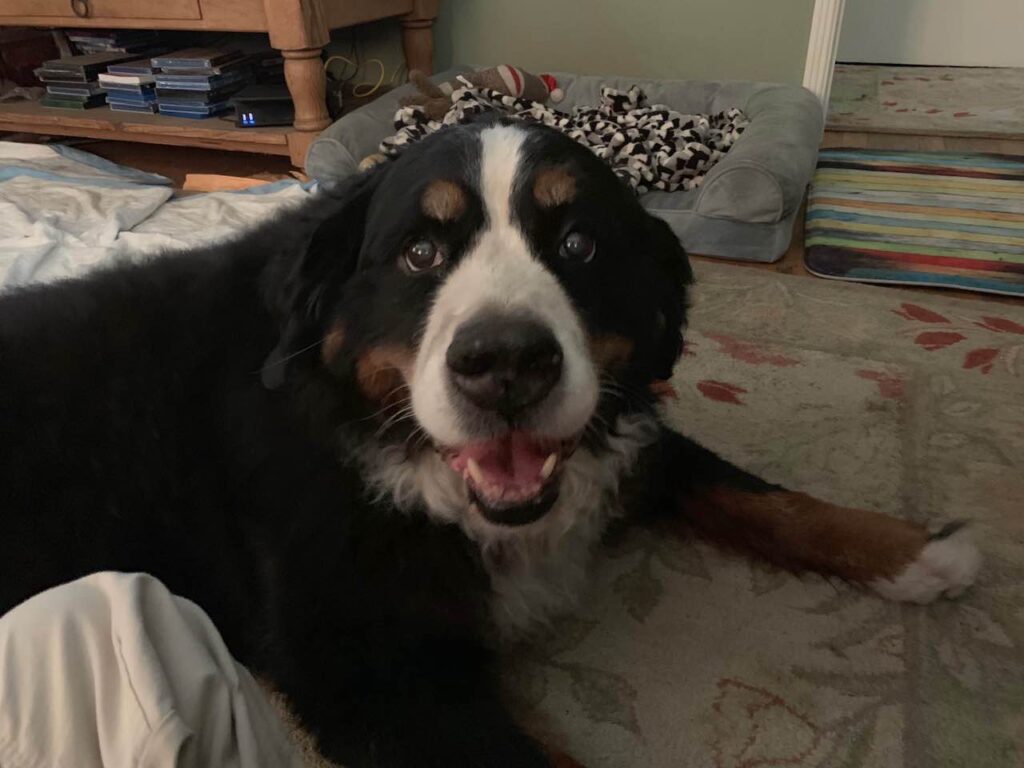 The streak started when I was with my friend Cheryl when she put Zoey down.  I had been helping her for a year as Zoe’s back legs began failing.  We did the deed at her house with the vet who helped me with Riggs.  It is so much better that way, but the 30 minutes from when she called to say she was on her way to her arrival felt endless.  I sobbed for hours.

And the hits just kept on coming as I heard about the dogs Woody, Prince, Lily, Henri and Donner, and the cats Josefina, Lilly, Jackson and Gui.  Coyotes were involved in the last two so there’s some trauma there as well.  In the last few weeks one set of cousins recently lost their longtime cat Willow, and another set lost their lovely greyhound rescue Sunny.  All of these I heard about after the fact and I cried and mourned for them all. 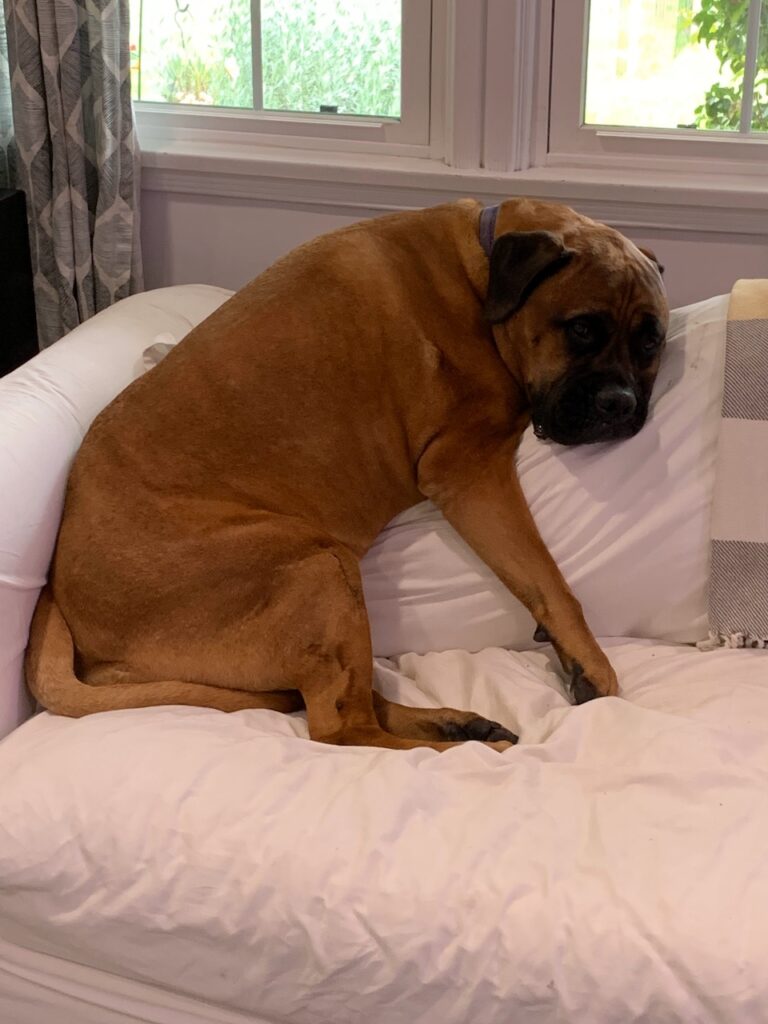 One that hit me super hard was in July, when the dog-sitter’s nightmare came true. Priscilla, a 140-pound mastiff stopped eating two days into my stay with her, then became lethargic and disinterested in even being petted.  I was in full communication with the mom and after a day of monitoring the situation, we decided I should take her to the vet.  That is it’s own story, but 45 minutes after I got her there, I got a call saying she needs to be in the hospital as her lungs were filled with fluid.  Tests revealed an aggressive cancer and they didn’t believe she’d make it through the night.  The family rushed home (they were a 6 hour drive away) and the vet had stabilized her enough so they could bring her home and back to her spot on the couch.  The next day, the same vet who helped me with Riggs helped Priscilla off to the Rainbow Bridge.  This woman is an angel walking on earth – I hadn’t told them about her, they just found her.

The family has two other dogs, so I had stayed with them until late in the evening and then went home and to bed.  I stayed there three days.  It was traumatic and too sad.  For the dog, for the family and for me.  She was such a sweet girl.  But allowing myself to just be and feel the sadness helped me get up on day 4. 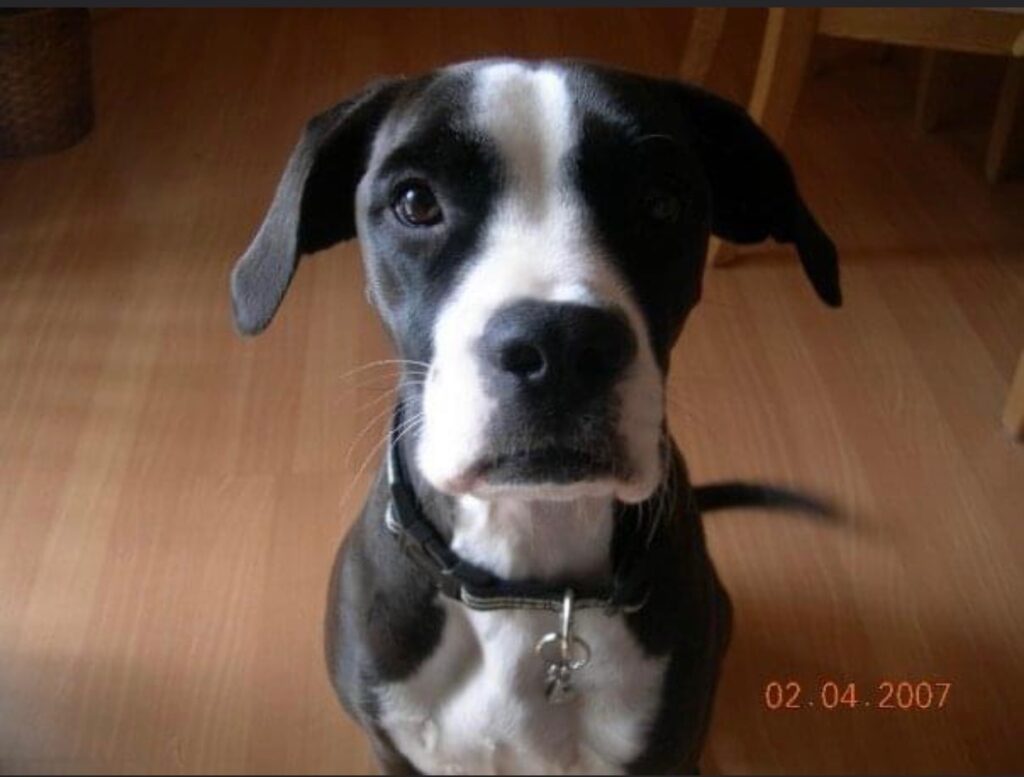 A few weeks ago an old friend and colleague in Florida, Louise, called me to tell me she was putting her  dog, Lacey, down.  She wanted to let me know because I dragged her to a shelter when I was on a project down there to check out a lost dog I had found and turned in.  That dog was picked up by the owner but she saw another dog that was in rough shape and fell in love.  They were together for 14 years and she wanted to thank me for bringing them together and she thinks of me all the time because of the dog.  It was one of the sweetest calls I’ve ever gotten and it has renewed our communication.

Louise called on a Monday, though, and she had a vet coming to her house on Friday.  So my pain was nothing compared to hers, but I was “in it”, feeling for that whole time and the weekend after.

Sadness is just sad.  And I’m sadly getting used to it.  But I believe in the Rainbow Bridge and I feel my animal’s spirits around me much more than I do with people.  And picturing them out of pain, running and playing while they wait for us makes me happy.

There is no grand message here, just that we hurt so much because we love so much.  And all the joy is worth the pain.  I guess.