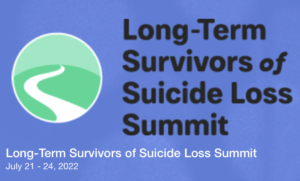 When I started developing the idea for The Silent Goldens, I was told it takes an average of 7-10 years to complete an independent documentary. I didn’t believe mine would as I knew the story, had access to all the people and had worked on productions with many more moving parts in months. I am humbled to say I was wrong. I am now about six years from conceiving the idea and a little over five from when I launched my website and began production. Now I am proud to announce I have completed a working script! There is still much work to be done in editing it down, making it look and sound nice etc, but I am committed to the construct and have my co-producer Jamie Smith and director Jon Bendis focused on it as well in our push to finish the doc this Spring.

As an observer of the process to get to this point, I can see the personal, environmental and mostly financial issues that have eaten away at the time with the main one being “alone is not the way to get things done.” A lesson I am determined to keep learning over and over it seems. I have made great strides in many areas, but have realized I really need – and want – a partner-in-crime (or a few) to get me to the finish line, especially being so close to the subject matter and am activating those resources.

It was in 2016, when I floated the idea of breaking my family’s decades-long silence and filming it for a documentary while attending the American Foundation for Suicide Prevention’s first Long-Term Survivor’s Summit. I got incredibly positive feedback, which gave me the confidence to move forward with the idea. I always thought it would be a fantastically full-circle thing to premiere it at the yet-to-be-scheduled next one. That was announced for 2020 and then cancelled by COVID. Same for 2021. When word came out that it would be a go for 2022, I made that my goal to have a finished cut to premiere sections as part of a workshop I’m presenting to the audience who inspired the project.

The registration information for the Summit just came out, so if you are interested in attending, all the info is here.

In other news, later this month, I’ll be part of a interview and photo profile series on creativity and mental health that is part of the A Light In Dark Places non-profit, which also produces the play series I work with at Stella Adler Acting School in Septembers during Suicide Prevention Month. It involves a session with a professional photographer, so that’s exciting and I will share when it comes out.

I’m feeling in the groove, or groovy if you prefer, and very much look forward to seeing how The Silent Goldens finally turns out!